The Ontario government is taking a big step forward in reducing our ecological footprint by strongly considering a ban of fluorescent bulbs in landfills. As we noted in our LED vs. fluorescent tube showdown – fluorescent lighting is filled with mercury, which when disposed incorrectly can have a significantly negative impact on soil and surrounding environment.

Unfortunately this revelation took longer than it should have on behalf of environmental authorities in the government. Fluorescent technology exploded as a clear-cut alternative to incandescent bulbs due to their lower wattage. At the time there were no better alternatives than the fluorescent bulb – they were everywhere! But as usual, the tendency to focus on only the benefits often results in other shortcomings being overlooked. Shortcomings such as:

Mercury contamination can be quiet harmful to the environment. It not only affects the soil but the ecosystem, even at very low levels of contamination. With an increasing amount of light bulbs getting dumped into regular garbage, landfills are full of bulbs which release mercury and introduce it to the local environment.

Disposal Could Get Costly

Aside from the negative effects, property managers who see fluorescent bulbs as a cheap alternative now have an extra added cost and further work to ensure fluorescents are disposed of properly. You can imagine a condominium building having a hallway filled with fluorescents needing a big budgetary cost if the ban requires special disposal.

If this law should pass, it will shine lots of light on the other side of fluorescents: the not so good. Their good qualities will become average and  they will slowly become associated with mercury contamination. Plus, who doesn’t find it creepy when fluorescent bulbs start blowing out or flickering due to temperature fluctuations? It makes tenants feel as if they are in a cliché horror movie! 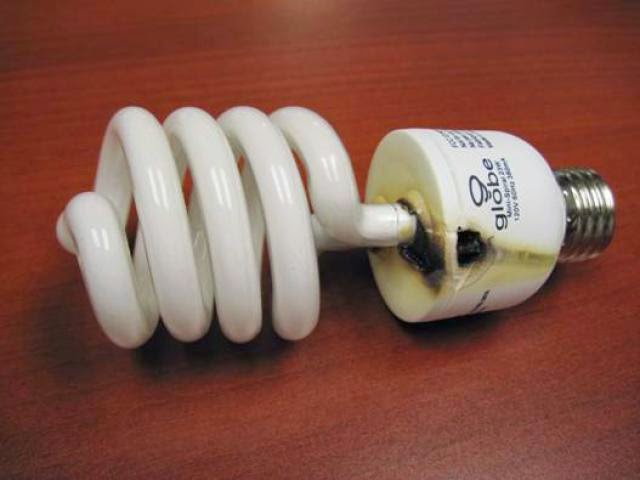 With the continuous efficiency improvement and price drops of LED bulbs, it will not be too long until they become the “standard” of energy efficiency for lighting purposes. With virtually no negative materials, minerals or disposal issues – LEDs will be the true green alternative to not only incandescent, but fluorescent bulbs as well.

This website uses cookies to improve your experience while you navigate through the website. Out of these cookies, the cookies that are categorized as necessary are stored on your browser as they are as essential for the working of basic functionalities of the website. We also use third-party cookies that help us analyze and understand how you use this website. These cookies will be stored in your browser only with your consent. You also have the option to opt-out of these cookies. But opting out of some of these cookies may have an effect on your browsing experience.
Necessary Always Enabled
Necessary cookies are absolutely essential for the website to function properly. This category only includes cookies that ensures basic functionalities and security features of the website. These cookies do not store any personal information.
Non-necessary
Any cookies that may not be particularly necessary for the website to function and is used specifically to collect user personal data via analytics, ads, other embedded contents are termed as non-necessary cookies. It is mandatory to procure user consent prior to running these cookies on your website.
SAVE & ACCEPT